CORRUPTION IN THE POLICE DEPARTMENT

A few monts ago Detroit had a Deputy Chief that was charged with taking bribes from a local tow company. There is  a number of reasons for corruption and as you can see it is on all levels. The greates deterrent for a corrupt department is first there has to be a strong political desire to have a clean department. This attitude needs to be strongly expressed from the Mayor's office to the Chief of police and spread through the department.  To enforce this atttitude you need a strong Internal Affairs Section.

This Internal Affairs Section needs to be very aggressive in investigating wrong doing within the  department and prosecuting it. All the city leaders from the mayor on down needs to publically express support for the efforts to stamp out corruption in the department. And limit political influence in the operation of the department.

One of the main tools the fight corruption with in a department is a well paid police force.  Detroit Police are some of the lowest paid officers in the state. This causes real problem with low moral. If the officers have to worry about providing their family with a good standard of living, then they are susceptible to bribery and engaging in illegal behavior to supplement their income.

Everyone is aware the city of Detroit has financial problems. But, they have to find a way to maintain their police and fire departments at a high level.  Many people argue that they are the same as any other city employees.  Their pay and benefits should be the same as other employees. Well, I point out the City of New Orleans. When facing Hurricane Katrina the police department was asked to stay behind to protect the city. This happens in most natural disasters. The police and fire are called upon to go above and beyond to protect the citizens.

The public needs to understand the issues that their local police deal with.

Socialism is Confronting our Democracy

The Democratic Party has been almost taklen over by Socialist. Senator Bernie Sanders openly declared he was a Socialist during the 2016 election. This was a real switch from the past. Socialism and Communism was never able to get any support in the American electorial system befor.

This has been a well engineered process that came up throw the school system.  The colleges was coverted to this thinking and it was brought into the political system by these individuals.

Diamond & Silk are conservative commentators that support President Donald Trump. They are apart of a new group of African Americans that no loner follow the path of the Democratic Party.

We have many African American conservative thinkers today tha are working to get black people to see another way of thinking.

A Note on Black History

One of the most devasting period of African American History occurred during the period from 1867 to 1965.

During theis period the Democratic Party targeted Afrrican Americans in an attempt to re-enslave them. The primary tactic that was being employed was peonage.  This is a system that was adopted from Mexico. What it entails is taht an individual owes a person money and cannot pay, they have to subject themselves to working for that person until the debt is paid.

Ths was a prictice primarily employed in the south. where the Democrats had total control..

The Democratic Party blamed the Negro for the Civil War and what happened to the south as a result of losing the war. The Democratic Party focused it's entire political and legal power at the Negro in retaliation for the defeat in the civil war. For about one hundred years the Negro suffered under the attack of the Democrats. The event that brought a close to this era was World War II/ 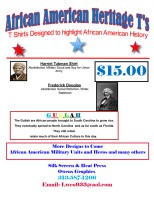 Get Connected With Us.

Like us on Facebook to learn about Detroit's Vagary Magazine. Our citys latest news and entertainment magazine.  Our entertainment guide will highlight some of the places in the city to visit and have fune.